Hello!
Firstly I’d like to introduce myself. My name is Imogen (a name which doesn’t seem to exist in Germany!) and I come from the UK. My region is called Shropshire, and it is very similar to Thuringia. I have just finished studying German and French at Durham University in the north of England, and felt a real ‚Wanderlust‘ after graduation. And as Germany is my favourite country, there could be no better place to go! I am working in your school this year as an English language assistant. I have been here for 3 months so far, and I can’t believe how quickly the time has gone – so far it has been lots of fun working in your school and living in such a beautiful and lively city as Jena. I arrived in Jena at the beginning of September, without a clue of what to expect. Frau Mucke made the experience very easy – she showed me exactly what I needed to do, where I needed to go, and who I needed to know. She is clearly very experienced in making the language assistants feel very welcome and relaxed about the challenge of being somewhere completely new. After a few weeks of observing how the school works and getting to know some of the colleagues, I felt happy to organise some activities and lessons on my own. I would like to show you some different, unknown aspects of the UK and the English language – which hopefully you have enjoyed so far. And through comparing the two countries, I am learning things about Germans and Germany I didn’t know before. (For example, your insatiable love of sausage – not just a cliché!) I have also really enjoyed exploring a new place. Thuringia is a hidden gem – and I have been telling everyone at home how lovely it is here. There is so much to do in Jena, and the city has such a vibrant, relaxed and friendly atmosphere – plus a really good nightlife. (Even my friends working in Erfurt have to admit that Jena is better!) Travelling around Germany and further afield to Eastern Europe during the holidays was also a highly enjoyable experience – and I hope to do much more exploration before my time is up. I’m really looking forward to the next 5 months at your school – hopefully they on’t fly by as quickly as the past 3. I was very lucky to end up in such a lovely region, in such an interesting city, and in such a wonderful school! 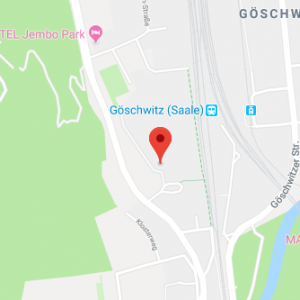